View My Listings
Martha Ford - Broker
martyford@bellsouth.net
Martha Ford, Broker
A Broker since 2012, Martha Ford has been a Realtor since 1984. The third generation owner of Ford Realty has an extensive background in residential and commercial construction. She has previously held a CMCA national designation certified manager of community associations (Homeowners Associations and planned communities). She was a Licensed Appraiser from interim until 2013. She currently serves on the Planning and Zoning Commission for City of Picayune; she serves on the Pro Standards Committee for State of Mississippi Realtor Association and she served in 2014 and currently serves as chairperson for the Grievance Committee of Pearl River County Board of Realtors. Martha previously served on the Board of Greater Picayune Area Chamber of Commerce and as a former Board member of Pearl River County Board of Realtors, where she served on Budget and Finance Committee. She has devoted countless hours in community actively representing animals and animal welfare interests. Contact Martha Ford at either 601-590-2988 or by email at martyford@bellsouth.net.. The office can be reached at: 1-800-354-FORD (3673), 601-798-6202 or fordrlty@gmail.com. 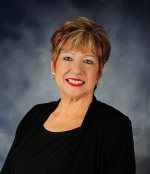 Jerri LeRouge Candebat has been dealing with real estate for over 30 years. She has been a very successful professional REALTOR® for the past 6 1/2 years in Louisiana and belongs to the millionaire club for being a top producer with both Pearl and Bronze awards (LA). Jerri's a certified member of CRS(Certified Residential Specialist) and MRP(Military Relocation Specialist). Jerri's leadership abilities lead to her being chosen to serve on the Agent Leadership Council( LA). With Jerri's expertise and experience in flipping homes she has been blessed with an eye for looking at homes with potential. With Jerri you're sure to have a very smooth and easy transaction.

Jerri has been married to her husband, Tom, for 43 years. She has two children and six grandchildren. and enjoys making family memories. 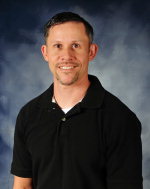 View My Listings
Darwyn Hilsher
darwyn2003@hotmail.com
Darwyn Hilsher, REALTOR®
Darwyn is a 31-year-old Christian native to Picayune, MS. He has three boys who mean more to him than anyone could ever know or express. Darwyn grew up learning everything he could about construction from his dad. He currently works at Stennis Space Center and has just recently received his real estate license. Darwyn is also an ordained minister, ministering as the Associate Pastor at Harvest Barn Church. He, just like any other parent, work hard to provide a better life for his children. Please contact Darwyn at 601-347-0729 for any of your real estate needs. 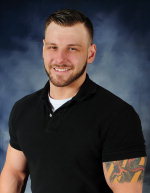 View My Listings
Nickolus Mangino
mangino1@live.com
Nickolus Mangino, REALTOR®
Nickolus Mangino has been a realtor since 2016 and a resident of Picayune since 1996. Originally licensed in Louisiana he has joined the Ford Realty team in Mississippi in November of 2017 and continues to do work in both Louisiana and Mississippi. Nickolus has a background in sales and does Real Estate full time in both states and also has a career in personal training. He enjoys spending time with his family and works hard to ensure the very best for them and his clients. He services areas from the coast of Mississippi to south Louisiana and everywhere in between! If you're in the real estate market to buy, rent, or sell please call or text 601-590-5215 or send an email to mangino1@live.com. 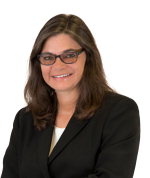 View My Listings
Mia Rogers
mia.fordrealty@gmail.com
Mia Rogers, REALTOR®
Mia Rogers, a full-time licensed professional REALTOR® who's career in real estate began with investment properties, fixer uppers, and property management in Mississippi and Louisiana. She has since expanded into helping clients purchase and sell single-family homes and vacant land. Mia is committed to providing her professional expertise to guiding her clients through the sometimes complicated process of purchasing and selling their homes. She has membership in both the Pearl River County Board of Realtors (MS) and the New Orleans Metropolitan Association of Realtors (LA). Mia and her husband are the proud parents of a teenage son. They have a strong belief in giving back to the community and are all actively involved in an incredible charity, Joey’s Hope for Hungry Children. 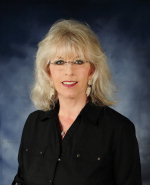 View My Listings
Bobbie Shute
bobbieshute@gmail.com
Bobbie Shute, REALTOR®
I have been serving our community as a Realtor since 2005 and a Broker since 2015. during this time I have been very involved in the community I serve. My love of animals led me to form a non-profit organization that has been instrumental in assisting in the rescue of over 350 abused and abandoned domestic animals in the past 5 years. Because of the organizations efforts, I have had the distinct honor of being recognized by the Picayune Chamber of Commerce in 2014 as Volunteer of the Year. In 2008 my fellow realtors honored me with the title of Realtor of the Year. I have been a Million Dollar Producer since my first year in Real Estate and a member of the Lifetime Million Dollar Producer Club since 2010. I have served my fellow Realtors as Vice President of our local Board, served as Chairman of our Education Committee, a member of our Multiple Listing Service Committee, served on our Grievance committee and as a member of our local Board of Directors. My passion is my family first and I have 3 children, 4 grandchildren and 2 great grandchildren. I have 2 14 year old doggie fur babies that own my home and who I am in service to 24/7! Real Estate is my second career and the one that I have and still do, love the most. I have been fortunate enough to have been blessed with fantastic clients to work with. This is not a job to me. It is a pleasure. I sincerely care about each and every client and have made lifelong friends simply doing what I enjoy. My goal is to help you buy or sell and achieve your goals, not mine. By doing so, I get to see smiling faces and what better life can anyone ask for? Call and let me help you. It would be my honor!
[<< Prev] 1 [Next >>]